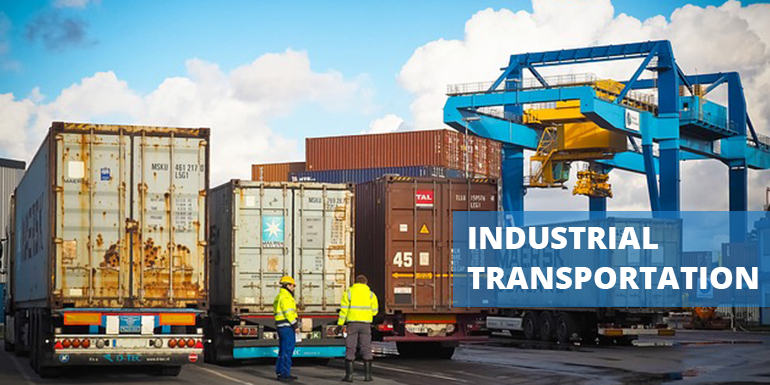 Industrial transport is divided into internal and external transport depending on the area in which the conveyance occurs and its relationship to the production process. In the manufacturing industry, internal transport includes transport within a production shop (intra shop) and between shops (inter-shop); in the mining industry, it encompasses underground transport, surface transport, and quarry transport (in open-pit mining). Intrashop industrial transport, an integral part of the production process, is used to move work pieces and assemblies between working areas, sections, and departments within a shop. Intershop transport, which is generally not related to the production process, is used to movematerials, semifinished goods, and finished products between shops and warehouses located on the enterprise’s premises or in the same industrial area. Modern machine-buildingenterprises have organized “through??? transport, which combines intrashop and intershop conveyance.

External industrial transport brings raw materials, fuel, and equipment to enterprises and carries finished products from their premises either to transfer points linked with main linetransportation or directly to the purchaser.

Industrial rail transport accounts for 36 percent of the total carriage of free-flowing bulk materials. There are about 130,000 km of industrial railroad track. The ferrous and nonferrousmetallurgy industries and the coal, logging, and machine-building industries have the most extensive railroad systems. The technical level of industrial rail transport is being raisedthrough the introduction of more advanced types of locomotives (diesel and electric), 4-axle and 6-axle specialized freight cars (including self-unloading cars), automation and remotecontrol equipment, and traffic control systems.

Industrial water transport equipment is mainly used for loading and unloading ships that belong to the general transportation system. If an enterprise has its own fleet, suchequipment is also used for external conveyance. More than 25 percent of the dry cargo carried daily by general river transport is loaded and unloaded at wharfs belonging to industrialenterprises. There are more than 1500 such wharfs, with mooring lines totaling some 157 km. The equipment of wharfs, mines, quarries, metallurgical plants, and machine-buildingplants includes conveyors, shore and floating hoisting cranes and pneumatic loaders.

Motor vehicles carry 46 percent of the total volume of free-flowing bulk materials transported. Drop-side trucks and dump trucks, tractor dump trucks, truck-tractors, trailers, andtrolley trucks are used at various industrial enterprises for internal and external transport. Industrial trucks are used chiefly in manufacturing enterprises, where electric loaders, electric carts, and stackers transport loads within shops, and lift trucks and gasoline-engineand electric tractors with attached carts move loads between shops. Because lift trucks are highly mobile and can be adapted to different types of materials (they haveinterchangeable materials-handling devices), they can be used effectively in production processes as well.

Conveyor transport, which accounts for 12 percent of the total conveyance of free-flowing bulk materials, is one of the most efficient types of internal and external industrialtransport. Conveyors make possible the complete automation of loading and transporting operations. By replacing rail and motor vehicle transport with conveyors, enterprises canfulfill their general plans more economically and transport bulk cargoes such as coal, ore, and sand more cheaply over distances of up to 100 km.

Cableways are used widely in the coal, building materials, metallurgical, and chemical industries for both internal and external transport. They are used to convey minerals from themining site to their place of use or to other types of transport and to carry rocks to the dumping ground. Monorail transport is used primarily in manufacturing for intrashop andintershop conveyance. Technical devices for this type of transport include electric hoists and suspended electric tractors and electric carts.

A particular type of industrial transport is selected on the basis of cost-effectiveness analysis, which may be considerably simplified if the rational use of various types of transporthas been previously worked out, taking into account such factors as the cargo flow, the distance the load must be carried, and the terrain.

If you have any Moving need, simply call us 24 hour available 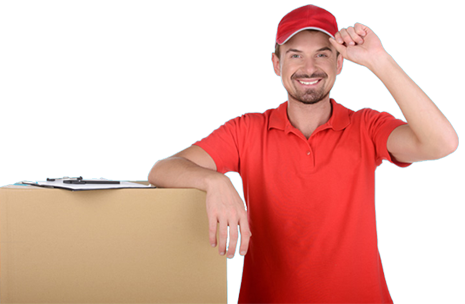